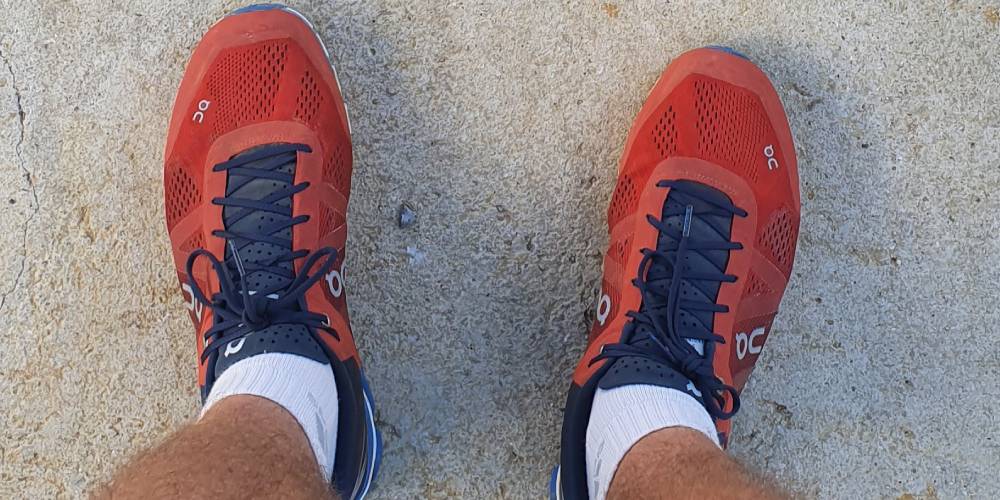 And that’s my biggest concern with all of this, so definitely on the right track.

I didn’t go too crazy in the first week, I just smashed out a few 4km runs to get into the swing of things, then finished off with a 10k on Sunday, most of which were just off my target marathon pace (4:58 per km).

I don’t have an in-depth training plan, but I do have a rough goal of the distances and runs I’m going to cover each week, but I’m also going to listen to my body in order to avoid any muscle pulls.

The basic plan for the rest of the month is to gradually ramp up the distance each week. So I’ll be doing three or four shorter distance runs (4km to 8km) and then one or two bigger runs (ideally adding 5km each time) each week, before going into “maintenance mode” in the final week so that I feel quite fresh and injury-free going into the marathon.

As the preparation period is so short, the longest run I’m going to attempt during training will be a half marathon. Hopefully this will be enough come race day.

As I’ve got just a month to prepare for this marathon and I’m carrying more weight than I normally do, I’m attempting to skim off about 4 to 5kgs for two reasons: 1) to just be fitter and 2) to reduce my load on race day.

However, I’ve got to be careful to still eat enough in order to cover my training runs.

Therefore, I’ve decided not to “count calories” or anything like that, but instead just focus on cutting out:

I’m also using 18/6 intermittent fasting to focus on eating more wholesome meals and cut out unnecessary snacking (I’m a fridge monster in the evening). This means I have a six-hour window in which I can eat each day, which is typically 2pm to 8pm.

In terms of what I’m eating, it’s basically: boiled rice, sweet potato, lots of veggies, lots of turkey, nuts, the odd banana and the odd sugar-free Werther’s Original if I’m craving something sweet.

On the drinks front, it’s pretty much just water and a black coffee or two during the day. I also take an isotonic drink before/after runs that’s packed with the five key electrolytes (sodium, chloride, potassium, calcium and magnesium) to aid recovery and ensure I don’t burn out.

As I’ve mentioned before, the biggest risk to this challenge is injury. I alwaaaays get the same injury during long runs and it’s that I put pull my soleus muscle (the muscle beneath your calf and above your achilles). This is because I basically have no dorsi flexion (i.e. no heel flexibility) which puts a lot of strain in my soleus on longer runs.

So, I need be extremely on point with looking after my body during this training.

This means I’m following a pilates video every morning (see below), which focuses on my legs. I’m also doing a few stretches to target my soleus in particular.

Also, after longer runs, I’m throwing on an ice pack around both my calves in the immediate aftermath to reduce inflammation and tightness later on.

Then, of course, there’s my secret weapon: my MUSCLE GUN! I use this whenever my soleus/calves are feeling tight, but I always try and use it shortly before going on a run.

This was a bit of an investment on my part, but I’m pretty happy with the results so far. Whenever I was getting really tight muscles in the past, I was going to the physio and paying £30 per visit, which gets expensive fast. So, as an alternative, I got the muscle gun so I can massage the muscles much more regularly myself. It cost me about £90, which isn’t cheap – but it’s definitely saving me money in the long run compared to going to the physio – and hopefully will help me prevent injuries too.

Looking Ahead to Week 2

So, week one is done and dusted, but I really need to start (carefully) building up my mileage now, as well as speeding things up a touch.

I’m aiming to do three runs of 5km during the week, followed by a fast 2km on a treadmill on Friday, then a longer 15km run at the weekend. But this may be subject to change if I feel anything tightening up too much.

I’m also a bit behind on my weight target (not aided by a double chicken burger and wedges I munched through on Sunday), so I need to be right on point with my diet this week to hopefully get back on target. On 1st December I weighed 76.2kg, but I’m looking to get down to at least my “normal” weight of 72kg, if not a little lighter.

Anyway, that’s it for now. I’ll write-up another progress update next week, but you can also stay-up-to-day by following me on Strava, as well as subscribing to my channel on YouTube.