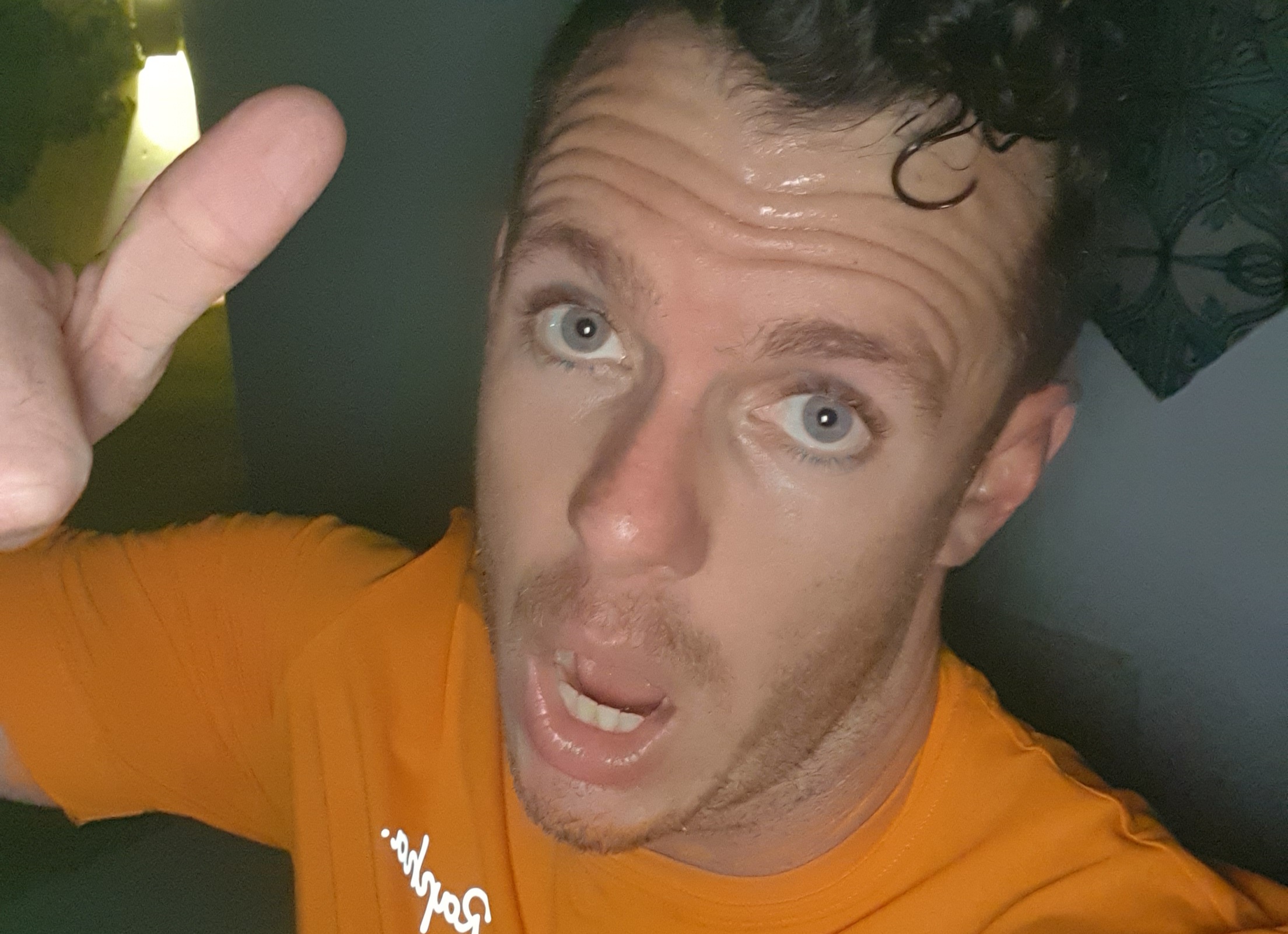 By some divine miracle, I’ve done three weeks of training without getting injured.

I’ve taken every precaution I can: I ice after runs, I wear KT tape during longer runs, I listen to my body and I even blast out the massage gun regularly. But even with all this precaution, I’m still astonished that my body has held up.

After completing my first ever half-marathon last weekend, I took three days off from running in order to let my body recover as much as possible.

I got back on the road last Thursday and tried a short morning run. It was gross. I felt heavy legged and low on energy. I think it was half because I was still a bit tender from the long run a few days previously, and half because I’m a zombie in the morning.

I rested up an extra day after that and felt an awful lot better with a Saturday evening run, picking up the pace a bit (4:53 /km) for a distance of 7.08km.

I’d planned a final long run for the week on the Monday, so I took another break on Sunday in order to be a bit more fresh it. However, I did get my massage gun out on Sunday and got pretty concerned that my left calf felt really bruised as I was massaging it. I hadn’t felt anything pull on the previous run, but I was very concerned that this might be an underlying tear and therefore a potential game over for my challenge.

But one thing I don’t have in abundance for this challenge is time. So I decided that I would basically do a make-or-break run on Monday, assuming that the calf injury would materialise after a few km.

On Monday, I taped my solei and calves up to the rafters with KT tape though (as well completing as the usual pilates routine) and then set out on my run, taking it at a very leisurely pace.

To my surprise, the kilometres came and went but the calf felt fine. An almighty relief. So, with this planned as my final big run before the actual marathon, I decided to match my previous week’s effort with another half marathon. It was substantially slower than the first attempt, but I’m happy I got it in my legs. I also didn’t experience the aching joints like last time either, which is a good sign.

Ok, so I fell a bit short of my original marathon training plan this week, but I think I made the right decision in easy off at times and listening to my body. I think if I tried to push out an extra 8k run I wouldn’t have been able to do the second half marathon. My weight is also going down, although a lot slower than I had planned. I was 76.2kg on 1st December and now I’m down to 73.7kg. I was hoping to get down to 70 to 71 kg for race day, but that’s simply not going to happen now, especially this being Christmas week.

I’ve update my targets and training plan for the final week of training, bringing down my longest run to a 10k, with a total of 25k of running for the week. Although the distance is coming right down, I want to pick up the pace a fair bit (to around 4:30 /km), so that I’m training at the speed I want to do for the final third of my marathon (I’ll be following the 10/10/10 strategy for marathon pacing). I’ve also readjusted my weight goal to 72.5kg for week four.

I should also mention that – weather dependent – I’m planning on running the marathon on New Year’s Eve. I kind of like the idea to complete my last goal on the last day of the year.

So, with that in mind, here’s my plan for the final 10 days of the marathon. I should also mention, that my rest days aren’t like sofa/bed/Doritos days, they just mean no running. I’ll still be pottering about and riding my bike into town.

So, as you can see, I’m really tapering off for the final 10 days. I want to be a fresh as possible on Marathon Day. The hard miles are done now. The final stretch is just about maintenance and getting comfortable with my pace.

I also need to figure out exactly what marathon route I’ll be doing. It’s very hilly where I live and I don’t want to do multiple loops of the same place, so this is no easy task. But I do have something in mind… and I plan on cycling the route at some point to check it’s viable.

Obviously, Christmas can be potentially dangerous with the weight, but I won’t be going crazy. A solid Christmas dinner with all the trimmings for sure, but the pudding will be on hold.

Anyway, I’ll provide another update next week to share my final marathon plan.