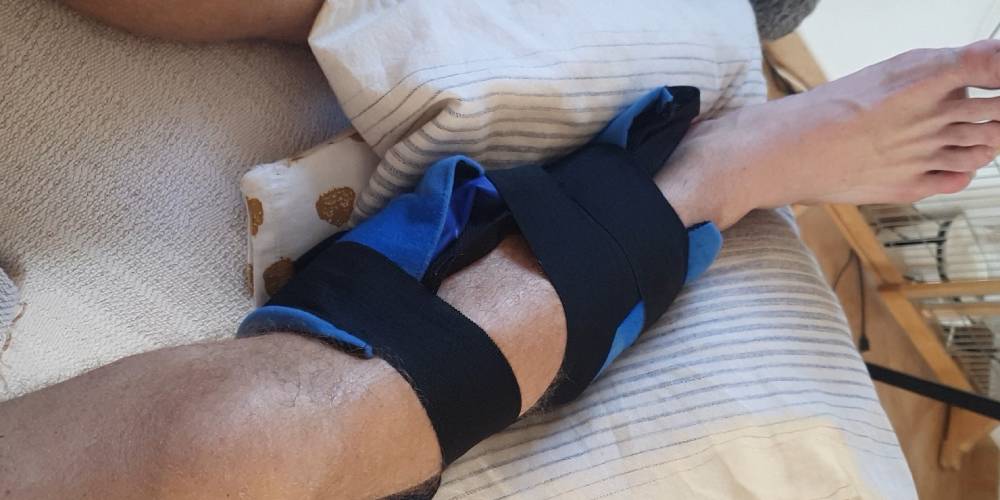 At the start of this week I was getting a bit concerned.

I went on two pretty short runs (just over 4k) but I felt like I was struggling for power, while my troublesome solei were starting to tighten up – normally a sign that they are about to trigger a pull in the muscle.

So, I took three days off, with a view to doing a 15k on Sunday, while also icing my leg after the runs, stretching a lot and utilising my muscle gun every day.

Sunday rolled around and I made sure my prepartion was on point. I did pilates, ate well before hand, drank lots of water. I even strapped up my solei with kinesiology tape.

And I started running…

So, yesterday, I did my first ever half marathon.

I was surprised by how good I felt. My muscles felt pretty good and my energy levels felt great. I wasn’t out of breath at any point.

There were just two issues I ran into (pun absolutely intended):

Overall, though, this was a positive week and the first time I thought I might be able to do this challenge.

I ran the half marathon in 1:53:06, which is a bit behind my target marathon pace. If I did the marathon at the same pace, I’d finish it in about 3:45 – so 15 minutes behind my target. But, with two weeks of preparation still to go, I’m hopeful I can speed up a little bit.

As I hadn’t planned out a half marathon route for my run, I ended up running several loops around my local town. This meant I ran past Burger King no less than six times.

I’ve previously vowed never to step foot in BK while I live here as there are so many good restaurants around. But having ran past their enticingly oozy “Bacon Cheddar Burger” billboard multiple times last night, I told myself that I’ll go and get the burger if I complete the half marathon. Straight after the run, therefore, I jumped in the car and zoomed back to BK, only to see a queue of cars up the street for the drive-thru and so I returned home to cook something healthier. While initially disappointed, I’m very happy now that the Marathon Gods provided some divine intervention to stop me from breaking my BK abstinence.

Okay, so as you can see above, I wasn’t planning a half marathon until next week. So, in some ways, I’m a little ahead of schedule.

But, writing this the day after the big run, it’s fair to say my left hip is aching like mad. That means I’m gonna need to rest up for at least a few days again in order for it to fully recover.

I’d originally set a total distance target of 40km for week 3, but I’m doubtful I’ll reach that at the moment. Once my aching has eased (hopefully by Thursday), I’ll squeeze in one or two 5k runs, followed by another big run on Sunday. Having already completed the half ahead of schedule, I’m going to play Sunday’s run by ear. It should be at least 10k, but if my body feels fine, I’ll attempt another half. But, the main priority (as always) is to avoid injury.

Anyway, a surprisingly positive week in the end. But I can’t get over-confident. Injury is still a very real risk and I still need to up my pace a touch.